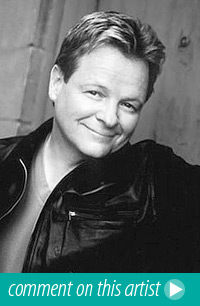 Bryan Duncan : then and now...

Bryan Duncan, born on March 16, 1953 in Riverside, California, is an American CCM musician. He is known for being lead singer of the group Sweet Comfort Band and subsequent solo career, which spanned more than 25 years all together. He is currently involved with the Nehosoul Band and "Radio Rehab" podcast.  He has been the recipient of four Dove Awards and has received multiple Dove and Grammy Award nominations.

Duncan's started his career in 1973 with the Jesus music band Sweet Comfort Band.  The band went their separate ways in 1984 having made the successful transition to contemporary Christian music. 1985 marked the beginning of his solo career.  Bryan has sold in excess of 1 million records, released 15 solo albums, and appeared on several compilation projects.  He has released three solo video projects and one joint tour video as well as having done the video for Left Behind: The Movie

Bryan has had many number one hits over the years including "Traces of Heaven," "Things are Gonna Change," "United We Stand" and "Don't Look Away" from the Slow Revival album; "Love Takes Time," "You Don't Leave Me Lonely," "Into My Heart," "When It Comes to Love" and "I'll Not Forget You" from the Mercy album; and "A Heart Like Mine" from the compilation My Utmost for His Highest.

Duncan created a non-profit on-line radio show and podcast entitled "Radio Rehab"...to encourage people in daily life.  He released two books in 2010: Hog Wash, a book for bikers and Dear God...Really?.  Currently Duncan, Rogers, and Vail Johnson (of the Kenny G. band) are writing together for Bryan's first solo project since Joyride with a release date in 2011 on Red Road Records.

In 2003, Duncan started a new band called the Nehosoul Band with musicians Ricky B. Rogers (bass player, music director, co-writer), composer and keyboardist Phil Curry, lead guitarist Walter Finch, and drummer Sam Matthews.  The band produced Music City Live in 2004, A Nehosoul Christmas in 2005, and Still Dancin' in 2008.  The band members represent a wide range of influences over the years of each career with the goal of making their mark, setting new standards, and creating timeless music.