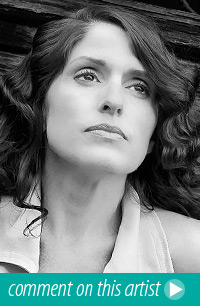 Cindy Morgan : then and now...

Cindy L Morgan was born June 4, 1968 in Dayton, Ohio.  Cindy lived in a small town called Red Hill in Tennessee, with her parents and sibling, however her family moved around a lot which gave Cindy problems which most teens face: self-confidence, insecurity, and everything teens world wide have to face and deal with.

"Cindy Morgan is back! After her 5 year break, she's more spirtually motivated and you can feel it!"

A multi talented artist, Cindy Morgan sings, writes and plays the piano, and has added the lap dulcimer to her musical skills.  Her compositions on her latest album cover all genres of music, including pop, inspirational and worship, and she has even tapped into the R&B for a few songs.

After high school Cindy Morgan was given an amazing opportunity at Dollywood to sing in a Daily Show, which she did and this was the first step to this talented artist record deal.  The next big push was when her Star Search tape made it into the hand of Word Records.

In 1992 Singer and songwriter Cindy Morgan entered the Christian music scene, with her debut album "Real Life." What a hit it made as this album went straight to the #1 spot on the song charts.  In 1993 Cindy Morgan's music video "I Will Be Free," won the Dove Award for Short Form video of the year.  Cindy also won the Dove Award for Female Vocalist of the year. She was nominated again for Female Vocalist of the year 1995.

In November of 1996, author Sigmund Brouwer and Cindy Morgan were married in a private ceremony... currently the couple has two children. Sigmund and Cindy took a trip to The Holy Land, which inspired the both of them.  In March 1998 Cindy released  "The Loving Kind" and Sigmund wrote "The Weeping Chamber" and "The Carpenters Cloth".

After 10 years of touring on the road, promoting a total of 6 albums made with Cindy realized that both her body and spirit needed to be rested and renewed.  She made good use of this time, maturing as a woman, as a musical artist and in her Christian faith.

Cindy Morgan is back! After her 5 year break, she's more spirtually motivated and you can feel it!  She has a new label, Reunion Records and Provident Label Group, a new attitude and a new album, the long awaited "Postcards"; her first release in 5 years.  The lyrical messages reflect the spiritual and personal growth which Cindy took the time to develop and nurture during her well-earned break from the road of touring.  Cindy stated on her website, "This album is for people who are in a place where they're digging a little deeper.  They want something where you might actually listen to the lyric instead of just letting it go by.       There's not a lot of ear candy on this record."