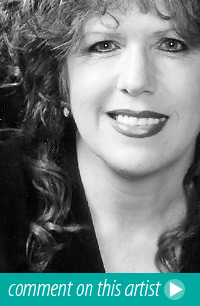 Cynthia Clawson : then and now...

Referred to many as the “singer’s singer” and called “The most awesome voice in gospel music” by Billboard Magazine, Cynthia Clawson has received a Grammy and five Dove awards for her work as a songwriter, vocal artist and musician. Her career has spanned over four decades with 22 recordings to her credit.

“Her rendition of 'Softly and Tenderly' set the evocative tone for the soundtrack of the Academy Award winning movie The Trip to Bountiful.”

She was three years old when her father first asked her to sing in the small church he pastored, and Cynthia has not stopped since – from local neighborhood churches to London’s Wembley Stadium. Though never considered a southern gospel singer by critics and fans, she has been honored to be a frequent guest on Bill and Gloria Gaither’s Homecoming Series. Cynthia has reached millions throughout the world with her music.

A graduate of Howard Payne University with a major in vocal performance and a minor in piano, Cynthia was awarded an honorary degree of Doctor of Humane Letters from her alma mater in 2007. She holds the same honorary degree from Houston Baptist University in 1995.

Her rendition of “Softly and Tenderly” set the evocative tone for the soundtrack of the Academy Award winning movie The Trip to Bountiful.

Included in her schedule, Cynthia has performed as a guest artist for Grammy-nominated Conspirare, a choral group recognized as the preeminent a cappella choral ensemble in the United States. She's also performed with the Houston Chamber Choir as well as years of singing with church choirs around the world.

Her talents bridge the arts of music, theater and cabaret. Her eclectic style allows her artistry full expression.

Cynthia is married to her husband Ragan Courtney, a lyricist, a poet and a playwright.