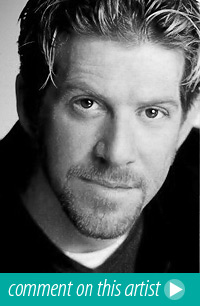 Possessing little more than a deep, gravelly voice and a three-song demo produced by a childhood friend, an avid outdoorsman left the comfort of his Michigan home and the security of the family business to pursue the long-shot of making it in Nashville's music industry. Twenty-seven years and twenty-six albums later Geoff Moore can look back now knowing he made the right choice, hearing God's voice through the clamor of life.

“Throughout his career, Jeff has taken younger artists on the road, providing the first national touring opportunities..such as Audio Adrenaline, Out of Eden and Big Tent Revival"

Moore's first demo, recorded in 1983 with Billy Smiley (Whiteheart) producing and a then-unknown Michael W. Smith playing keys, was the initial trigger that launched his unexpected career as an artist.  The youngest of four, Geoff lost his father while he was studying business administration at Taylor University in Indiana, and he fully expected and planned to step in to head up Moore Iron Works following graduation.  But after a short stint with the family business, he and his wife Jan felt led to pack up for Nashville, though it was far from an easy decision. "Leaving the steel business was a big deal for us. Not only did it represent security but also the expectations of my family. The carrying on of the work after my father's death weighed heavy on us.  But it was what we needed to prepare for the road ahead.  We made a big leap and sacrifice to pursue music, and it gave us the passion and desperation we would need.”

His songs caught on internationally and so did his travels as he became a favorite in Australia, Canada, throughout Asia, Europe and South Africa. He was called upon to guest David Meece in Billy Graham Crusades among other outreaches and television broadcasts.  He has participated in festivals that introduced Contemporary Christian Music to the masses. Though memories of many are of his packed out stadium concerts with his band, he has truly enjoyed the opportunity to endear himself with just a piano to the smaller congregations tucked away here and there.

That sense of desperation turned into a career that's thrived for more than two decades, literally taking Geoff and his music all around the globe.  While most of his career was spent recording and touring with his band The Distance, Geoff decided to go the solo route in the late '90s, returning to his earliest roots in music. "I literally learned to sing sitting in the large communal showers at Taylor with my roommate playing Christian tunes and me reading the lyrics from album covers.  Our reputations suffered a bit on campus for the 'shower room sessions' but the porcelain reverb was worth it… Even back in the band days, almost all my songs were written on acoustic guitars. These days my music still has rock sensibilities, but it's more acoustic based. It is as important as ever to me to be authentic and relevant.  I want to make great modern music by digging into my roots and drawing from the amazing experiences God has afforded me and by learning and growing from the new artists I get the honor of working alongside. But I never, ever want to be something I'm not."