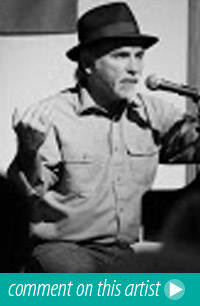 Terry Clark is a native of Texas.  Though raised in a Christian home, as a young man Terry began sampling many lifestyles. A tour of duty with the military in Southeast Asia (1968–1971) left him with severe post traumatic stress.

"From 1980 to 2000, Terry's lead vocal was heard on over 65 songs on Maranatha Music projects, including the Promise Keepers productions. "

As a result, he pushed away from reality. In that condition, he experienced a powerful glimpse of God's love for him.  He recounts: "Jesus said 'Terry, I know how you feel--I've seen everything human beings have ever done--but I want you to understand the difference in our response to that. You've decided not to be a human being and I've decided to become one.'"  An overwhelming sense of God's love began a transformation in his life.   The psychiatrists evaluating him changed their prognosis from "no hope" to "recovering satisfactorily".   Terry was part of a group called "The Children of Faith" which recorded one album in 1974.  After they disbanded, Terry and his brother Duane joined the Myrrh Records recording group Liberation Suite for their 1975 European tour.  After being a part of several group ministries, Terry became a solo artist. From 1980 to 2000, Terry's lead vocal was heard on over 65 songs on Maranatha Music projects, including the Promise Keepers productions.   In 1995, he was featured in the Warren Chaney docudrama, America: A Call to Greatness.

Terry and his wife, Nancy, had been involved in a few outreaches into the Spanish-speaking world over the years and they had a few songs they could sing in Spanish for those occasions.  In January 2007, they were invited to go with Potter's Field Ministries to El Salvador. The primary result was the production of Tuyo Soy, an album completely in Spanish, cover and songs, exclusively for a Spanish-speaking audience.