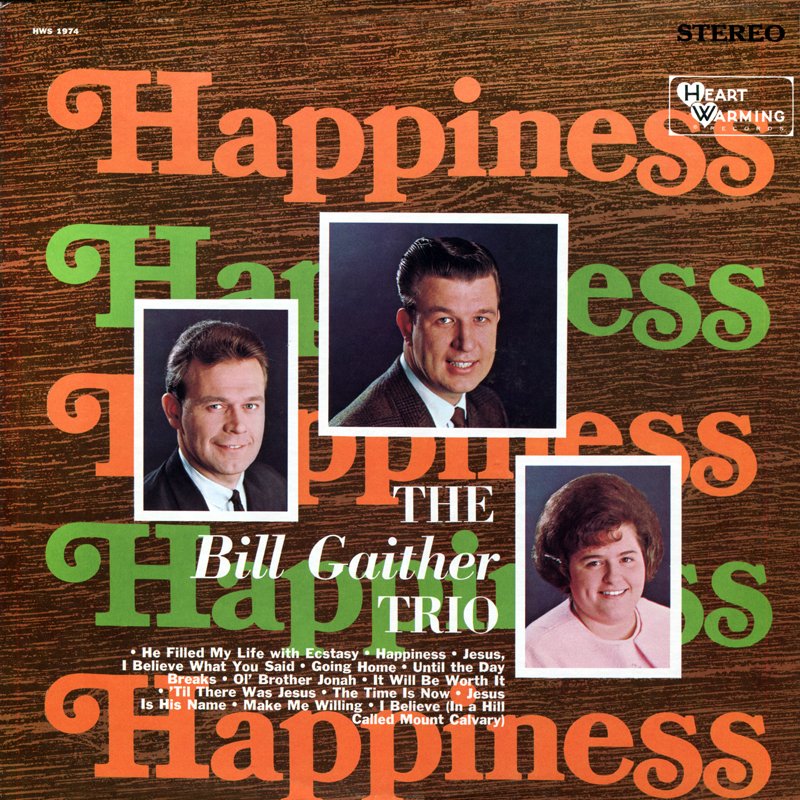 Welcome To A GREAT "Gospel Monday" With So Much Newly Music

Philip maid the next 2 Mondays very easy for me. As you read below, you will understand why, so enjoy!!Philip selected a total of 15 albums from his own personal vinyl collection, and digitized them for CCM Classic to feature tomorrow. Most of these albums have never been made available in digital format, and we are ecstatic to bring them to you, in their entirety, for this week's edition of Southern Gospel Monday. There are a couple of things I want to tell you, because some of these recordings have close ties to CCM...in 1971, The Oak Ridge Boys released what is regarded by many SG historians to be one of the genre's finest live recordings of all time, an album titled "Performance." Among the songs included on this recording is one titled "I Wish We'd All Been Ready," and if you're wondering, yes, it is the song written by one Larry Norman.

We are also featuring a live recording from a group called The Orrells as well, and while there will be few (if any) who have heard of this group, most all of you have heard of their pianist/baritone singer - his name is Gordon Jensen. Most of the songs on this double live album were written by Gordon, very early on in his writing career. We're including an album from one of Southern Gospel's best kept secrets, a group called The Downings. Their pianist and baritone was a young man named Dony McGuire. Lastly, one of the songs included on "The Best Of The Happy Goodmans" album from 1964 is a song called "Without Him," and I'm sure some of you know the gentleman who wrote it, his name is Mylon LeFevre, and this song was, in fact the song that made Mylon famous. So, we have some great connections to Contemporary Christian music in amongst the songs and albums that we will be featuring tomorrow.

This is tomorrow's complete schedule for this week's edition of Southern Gospel Monday (all times are US Central Standard)...

I hope that you will tune in!
Many Blessings
Michael Lederer